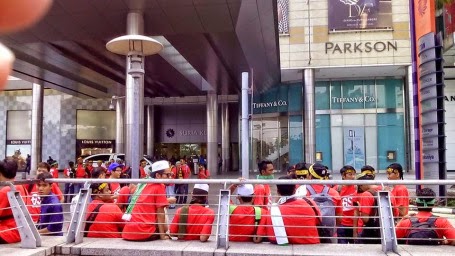 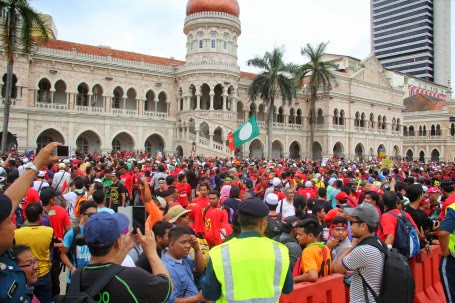 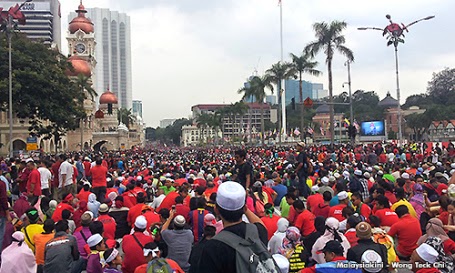 Let us leave the maddening crowd and worry about the world's more pressing problem......fossil fuel!

At the rate we are pumping fossil fuel out of mother earth's belly, we will soon run out of this irreplaceable commodity.

The End Of Fossil Fuels

Fossil fuels, as the name suggests, are very old. North Sea oil deposits are around 150 million years old, whilst much of Britain’s coal began to form over 300 million years ago. Although humans probably used fossil fuels in ancient times, as far back as the Iron Age1, it was the Industrial Revolution that led to their wide-scale extraction.
And in the very short period of time since then – just over 200 years – we’ve consumed an incredible amount of them, leaving fossil fuels all but gone and the climate seriously impacted.
Fossil fuels are an incredibly dense form of energy, and they took millions of years to become so. And when they’re gone, they’re gone pretty much forever.

It’s only a matter of time

Clearly fossil fuel reserves are finite - it's only a matter of when they run out - not if.  Globally - every year we currently consume the equivalent of over 11 billion tonnes of oil in fossil fuels. Crude oil reserves are vanishing at the rate of 4 billion tonnes a year1 – if we carry on at this rate without any increase for our growing population or aspirations, our known oil deposits will be gone by 2052.
We’ll still have gas left, and coal too. But if we increase gas production to fill the energy gap left by oil, then those reserves will only give us an additional eight years, taking us to 2060.  But the rate at which the world consumes fossil fuels is not standing still, it is increasing as the world's population increases and as living standards rise in parts of the world that until recently had consumed very little energy.  Fossil Fuels will therefore run out earlier.

It’s often claimed that we have enough coal to last hundreds of years. But if we step up production to fill the gap left through depleting our oil and gas reserves, the coal deposits we know about will only give us enough energy to take us as far as 2088. And let’s not even think of the carbon dioxide emissions from burning all that coal.  Read more.
Posted by gram.kong at 7:58 AM 2 comments:

All Comments
Past Articles In Asia Sentinel

Will Sabah Change Shirts In The Malaysian Elections ?